Nida Art Colony (NAC) residencies are most appropriate for those who seek time and professional support for critical thinking, creative process, research, experiments, artistic production, exchange and cooperation of artists as well as those who need a big studio or spectacular open spaces —the Colony is situated about 600 meters away from the sand dunes and the Baltic Sea beach. 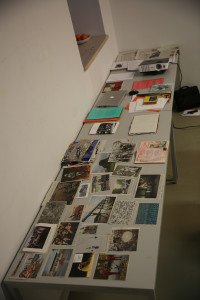 d Huwiler is an artist from Switzerland. Bernhard’s artistic work includes performance, installations and films. The artist understands performance art as empirical studies in a predominantly non-mus
eum context which probe the state of „being in the situation of art“. He often uses the video camera as an eye observing his own activities. By focusing on the everyday, the artist is captured not only as a performer, but also as a bystander, choosing a fraction of reality. Bernhard Huwiler is interested not in self-dramatzation, but rather the setting as a whole. His performances open up connotative spaces intended to expand the everyday constraints. At the same time, they question and reflect upon the heroic myth of an artist.

In the residency at NAC Bernhard Huwiler work on a film in which he will reflect on the relationship between picking mushrooms and collecting art. 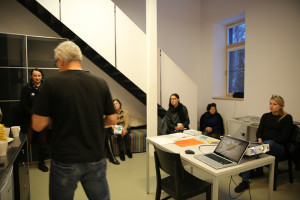 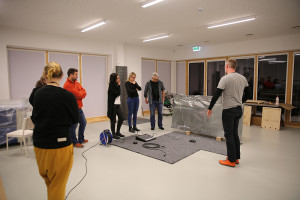